The ardent golfer would play Mount Everest if somebody put a flagstick on top of it. – Pete Dye, Golf Architect

But whatever lies next to conquer as your golf version of “Everest,” the most essential quality after adaptability is a high level of preparedness. That’s why we have curated a collection of the must-have travel accessories that will help you make the most of your next destination golf experience. 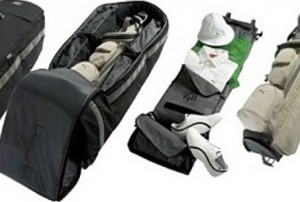 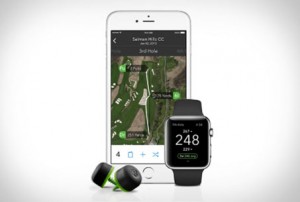 Playing a new course that you want to track shots on and save forever? The Arccos Golf Tracking System (R) will make the most of your experience using the swing you have. It does so with an army of 14 sensors that attach to each of your clubs and talk to the companion app while you play. Using GPS info from your phone, it knows how far you’re hitting each club, as well as how far you are from the green, and can use that to make in-round club recommendations (right on your wrist if you’re wearing an Apple Watch).

END_OF_DOCUMENT_TOKEN_TO_BE_REPLACED

The new Prestige web portal will be built on top of golfscape’s native, self-service inventory distribution platform. Teaming up with golfscape.com will provide the network with a connected infrastructure and sales channel to process online bookings – a service unavailable at most worldwide courses.

END_OF_DOCUMENT_TOKEN_TO_BE_REPLACED

After servicing golf booking requests by email, phone and tour operators for many years, the team at Nirwana Bali Golf Club led by Director of Golf Steven Morgan, now offers customers visiting their website a seamless web experience to complete an online reservation in seconds powered by the golfscape booking widget.

The widget is not dependent on our existing golf course technology, and we were able to go live processing instant bookings on the Nirwana Bali Golf Club website in a matter of hours. To have something so flexible and easy to set-up with minimal IT support is fantastic.
– Steven Morgan, Director of Golf, Nirwana Bali Golf Club

END_OF_DOCUMENT_TOKEN_TO_BE_REPLACED

Ever thought about the golf industry, in terms of market size, and which companies, organizations and brands make up the industry? Well to answer the first part, the market size is over $70 Billion annually. The latter we thought was best answered with an infographic seen below. Which brand do you think stands out above the rest?

We all know how conservative and stuffy the golf industry can be at times, and many would argue that technology and the digital revolution has put golf on the back foot, struggling to play catch up.

Other industries have seen the transformation happening and quickly joined the movement as a way to grow their respective businesses and position themselves for the future. With a saturated market, higher competition, greater barriers to entry and new ways to be discovered, it makes a digital presence a must rather than an option for any business. However an unwillingness to embrace the future coupled with changing market forces, has put the golf industry in a tough spot. Rounds are down; club membership is less attractive of an option giving way to the “transient” golfer that is destination focused, mobile and on-the-go. Most golf course operators ask: where are these new customers online? How do they need to be engaged differently than a local audience? Do I have the tools and the budget in order to connect with them?

This is why companies like golfscape have arrived to solve these issues that the golf courses are plagued with. Creating a bridge between golf courses and online channels, using online advertising models to attract users in their searches, will ultimately drive incremental new business to golf courses.

Taking golf into a new dimension of mobility and online booking, golfscapehelps golf courses in a simple and effortless manner. By using a extranet system, golf course operators can create an editorial page in minutes where they can replicate all the content displayed on their own websites, and in seconds if they wish, opt-in to the xPro Sales Channel to load various rate cards and display bookable inventory to the user in real-time to confirm instantly.

The 5 reasons why technology is reshaping the golf industry:

END_OF_DOCUMENT_TOKEN_TO_BE_REPLACED

The tenth anniversary of the Abu Dhabi Golf Championship has come to an end. With an amazing final round between Gary Stal, Rory McIlroy, and Martin Keymer.

Now is your turn to play at the Abu Dhabi Golf Club to repeat the achievement made by Gary Stal. Don’t miss any of the golf courses in the United Arab Emirates before going home. Book now from our platform and get instant confirmations.

Everything is ready for the Abu Dhabi HSBC Golf Championship. Let the game begin!

Teeing off in 2006 and quickly becoming established as a favourite event for players and spectators alike, the Abu Dhabi HSBC Golf Championship is recognised as one of the biggest events on the European Tour, regularly attracting some of golf’s most famous names. Since its inception by TCA Abu Dhabi, it has been staged at the sublime Abu Dhabi Golf Club as part of the Tour’s Gulf Swing.

In 2011, as part of a five-year partnership with HSBC the event’s prize fund raised to US $2.7 million – an increase of US $500,000 – making it the richest purse of the Gulf Swing. The partnership ushered in a new era for the Championship and golf in Abu Dhabi, and TCA Abu Dhabi, together with HSBC, are committed to hosting the event’s most impressive playing field.

Over the years, the Championship has consistently attracted a world-class field of the game’s top international stars, and boasts a player field unmatched in the region and among the best on the European Tour!

END_OF_DOCUMENT_TOKEN_TO_BE_REPLACED

Putting the Poor Domestic TV Ratings from The Masters in Perspective

CBS released ratings from The Masters Final Round coverage on Sunday where Bubba Watson cruised to victory in a rather subdued back nine to capture his second green jacket by three strokes.

On Tuesday Sport Media Watch reported the Final Round coverage earned a 7.8 overnight rating down 24% from last year (10.2), and the lowest overnight for a final round since 2004 (7.3) when another lefty, Phil Mickelson, captured his first green jacket. The rating equates to ‘million’s of viewers’ meaning this year attracted 7.8 million viewers. This is well off the record in 1997 when Tiger Woods took the world by storm capturing his first Masters that attracted 15.8 million viewers to tune in.

What was not reported to give this ratings story more balance was that The Masters is now televised in over 200 countries worldwide, and in regions where golf is growing like never before. Did you know there could be in just a few years time over 40 million core golfers in China?

While the data is spotty on how many viewers actually tuned in globally to watch The Masters, you can bet that a conservative estimate would be one or two times the domestic market. When accessing the most densely populated counties in the world where golf is growing the fastest it’s China, South Korea, Brazil, Argentina and India that come to mind. Furthermore, when you convert even a subset of new golfers in those respective countries into eyeballs it becomes a significant amount that were no doubt watching golf’s most celebrated Major this past weekend.

This is the reason Augusta National Golf Club is making such efforts abroad with the recent invitation to the Asian Amateur Champion to play The Masters as they look to extend their brand worldwide and grow the game concurrently.

These are constant reminders that golf is a global game and the industry encompassing it whether it is events, golf courses, resorts or travel companies must be continually looking at the current state of the game with this mind set. In the end it’s what is going to keep it healthy and evolving.

Transforming Golf Travel with the Shared Economy and Crowdsourcing

I spoke with a golf journalist recently who shared a story with me. When he visited the International Golf Travel Market 2013, IAGTO’s flagship travel trade show in Marbella – Spain, he wanted to try an experiment. He booked his flight and transfers himself, but then tapped into a Peer-to-Peer community via Airbnb and other shared economy platforms to plan and book the remaining golf / accommodation components of his show visit.

He ended up locating and staying in a private residence he discovered through one of the platforms, played a handful of rounds at top courses in Marbella that the host arranged on his behalf and made a life long friend that shared other insight on the golf destination he never knew about (no easy feat for a know-it-all journalist that prides himself on being fully informed).

The transaction was secondary to the interaction. That’s community in my mind.

There’s no doubt that my friend’s previous knowledge of the region as a journalist from countless years covering the destination armed him with enough knowledge, and more importantly comfort, to go about planning and booking his trip in a self-directed manner. Some in golf might call him a vagabond, while others perhaps just calling him a normal 30-something using the shared economy to cultivate his own unique, personal and downright simple to organize golf travel experience that offered so much more.

END_OF_DOCUMENT_TOKEN_TO_BE_REPLACED

Canadian golf travelers for sometime have represented a solid 10-15% of the business for United States golf destinations and daily-fee resort courses. But where are they going? With golfscape.com being a team of analytics and data-driven golf geeks, we thought we would dive into the data via Google Auto Fill and share our findings.

From Toronto, Canada, we searched “golf in A_”, “golf in B_”, etc. and recorded the results of each top search query from A-Z. The findings were insightful and both reinforced our pre-conceived notions of what we thought were the most popular golf travel destinations users seek out, based on marketing / advertising awareness, but at the same time showed some lesser known destinations performing extremely well as a quote-on-quote underdog.

You would think with the Jacksonville, Florida area hosting the annual Players Championship and TV spots you see promoting “Visit Jacksonville” during the telecast, that it would trump any competing destination. However, evidently Jamaica’s “Get in the Swing of Things” golf tourism campaign and newly enhanced digital presence seems to own the highly coveted Google search ecosystem in the letter “J” category.

I guess the 50,000 likes Visit Williamsburg has on Facebook is really moving the needle in comparison to West Palm Beach despite the fact that the later is home to the PGA of America, enjoys the PR buzz worthiness that follows countless Tour pros living in the area and more golf courses per square mile. Another victory for the underdog Williamsburg, VA in the “W” category!